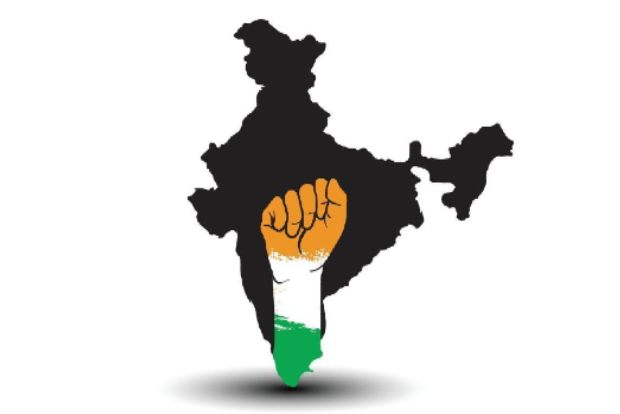 John F. Kennedy once famously quoted, “When written in Chinese, the word ‘CRISIS’ is composed of two characters – one represents danger while the other represents opportunity.” Amidst ‘Pandemic - Once In a Century Crisis’, Prime Minister Modi in May 2020, raised a clarion call to the nation giving a kick start to ‘Atmanirbhar Bharat Abhiyaan’ as a vision of New India to convert the crisis into an opportunity. With the underlying aim to make the country independent and self-reliant in all senses, the campaign was launched with a comprehensive package of Rs. 20 lakh crores to fight the COVID-19 pandemic in India along with several bold reforms. The first instance of reviving the spirit of ‘Atmanirbharta’ can be traced back to the National Freedom Movement. It was the landmark day on 12th March 1930, when Mahatma Gandhi broke the salt law that deprived the commoners of their right to make salt, with his famous Dandi March. Salt thus became a symbol of ‘Atmanirbharta’, which later transcended to khadi, and the message of ‘Purna Swaraj’ spread like wildfire amongst the masses. To commemorate the importance of 12th March and to celebrate 75 years of independence of progressive India and the glorious history of its people, culture, and achievements, Prime Minister Modi flagged off “Azadi ka Amrit Mahotsav” on 12th March 2021, 75 weeks prior to the 75th Anniversary of Independence i.e. 15th August 2022 with the underlying emphasis on ‘Atmanirbharta’. At such a critical juncture, it is therefore essential to reflect upon the hits and misses in terms of India’s policy initiatives since Independence and mull over the way forward towards becoming truly ‘Atmanirbhar’.

Jawaharlal Nehru in his Tryst of Destiny speech said, “A moment comes, which comes but rarely in history, when we step out from the old to the new, when an age ends and when the soul of the nation, long suppressed, finds utterance. It is fitting that at this solemn moment, we take the pledge of dedication to the service of India and her people… The service of India means the service of millions who suffer. It means ending of poverty, and ignorance and disease and inequality of opportunity.” It is against these predicaments that we need to make an assessment of our journey so far with a focus on basic necessities- poverty, illiteracy, and food.

The British left India with more than 70 percent of the population under destitution. The World Bank estimates the head-count ratio (HCR) of poverty in India to be between 8.1 and 11.3 percent in 2017, as per the international definition of per capita income of $1.9 per day (at 2011 PPP (Purchasing Power Parity)). It is interesting to note that this drop in HCR during 2004-11 has been three times faster than during 1993 to 2004 and much faster than during the socialist era of 1947-91. While the GDP (Gross Domestic Product) growth touched 8.1 percent during 2004-11, India was stuck between the ‘Hindu rate of growth during the socialist era of 1947-91. The stark contrast between the impact of mere socialism and welfare market policy could not be more visible.

However, this decline in HCR could have been much faster and sustainable had this growth been combined with an equal focus on development. Substantial investment in quality education for the masses, especially for the girl child, could have done wonders. In terms of numbers, the literacy rate has gone up from a mere 12 percent in 1947 to 77 percent now. But these hardly reflect an accurate picture. Pratham’s ASER Report points out that with over 97 percent enrollment, though universal access to education has been provided, the quality dimension is at a very low ebb and does not show perceptible improvement. With a lack of quality education, their incomes are bound to remain humble and they will be stuck in poverty trap. The current pandemic has only made the situation worse with a widening digital divide and the risk of huge dropouts post reopening of the schools. Growth can be sustainable only when intertwined with development which in turn can lead to ‘Atmanirbharta.’

India has seen a massive turnaround in basic food security from being in a ‘ship-to-mouth’ situation in the 1960s to becoming the largest exporter of rice in 2020-21 with a market share of 38.5 percent of the global rice trade. This is the result of improved seeds, fertilizers, better irrigation, modern technology, and the provision of the right incentives for farmers. If India has been successful in becoming truly ‘Atmanirbhar’ in any sector, it is undoubtedly the agriculture that allowed India to bear the brunt of unprecedented nationwide lockdown at the onset of the pandemic. While the manufacturing and service sector where clocking historic new lows in the first two-quarters of FY21, it was the farm sector, despite all its challenges, which not only had positive growth but most importantly provided India with the cushion to feed 800 million people under PM Garib Kalyan Aan Yojana.

However, what does not square well with the tremendous success in food security is the fact that India ranks 94 amongst 107 countries on Global Hunger Index 2020 with hunger percentage looming around 40 percent. Malnutrition and stunting run high in children. Doles at the cost of quality education and skilling is not sustainable and therefore, not the right way to move forward.

Renowned economist Jeffrey Sachs has repeatedly highlighted, “Our greatest illusion is that a healthy society can be built of mindless pursuit of wealth.” India’s disastrous impact of pursuing growth without development can be seen on the rise in stiff inequality. Recent ‘India Inequality Report’ by Oxfam brought out that the top 10% of the Indian population holds 77 percent of the total national wealth. 73 percent of the wealth generated in 2017 went to the wealthiest 1 percent. Such vast inequalities are a sure shot recipe for social, economic, and political unrest in a country. It can be detrimental to the democratic system, let alone pursuing the goal of ‘Atmanirbhar Bharat.’ The Pandemic again is further skewing the distribution of wealth in India. Today Government’s intervention in this respect is required more than ever. French Economist Thomas Picketty, considered a champion of equality worldwide, believes that India has the potential to become the global democratic leader of the 21st century, assuming the country manages to come to terms with its legacy of inequality. In his book, Capital in 21st Century, he proposes the introduction of more equitable and progressive taxation including wealth tax and inheritance tax in India from the elite class. The current tax-to-GDP ratio - of between 10 to 11 percent - is insufficient in meeting India’s huge challenge of inequality compared to the 30 percent to 50 percent ratio seen in the USA and west European countries.

India’s ‘Manufacturing and Industrial Policy’, which should have ideally spearheaded India in its pursuance of ‘Atmanirbharta,’ has been nothing but a story of tragedy since independence. With Agriculture being the highest shareholder in its GDP at inception, India directly jumped to become a service sector dominated GDP. As against the growth of 8.7 percent during 2004-09, the surge in employment generation has been measly at 0.1 percent. Manufacturing has the potential of maximum job creation as compared to the agriculture and service sector. The National Manufacturing Zone Policy, 2011 envisaged the creation of 10 million jobs with an increase in the share of manufacturing in India’s GDP from 16% to 25%. However, its share remains stagnant at 16 percent while China went on to become the world’s manufacturing hub with a 30 percent manufacturing share in its GDP.

The massive scale and lighting pace of the ‘Digital Revolution’ that the world is currently witnessing offers solutions to a lot of India’s woes. For instance, Ed-Tech is emerging as a promising sector that can address the problem of quality education in the remotest areas of the country. It has been observed that developing economies are adopting digital technologies at a faster rate than developed economies. With government services going online the digital impact on even productivity (key to sustained economic growth), is evident. With cheaper costs, greater efficiency, and broader outreach, digital revolution is changing the world entirely as we know it today. The avenues for employment are also increasing in this sector at a massive scale with many innovative technology players emerging in developing economies. India is home to as many new tech firms as Germany and France. However, it is up to policymakers to turn this opportunity into a game-changer for India and not make another tragedy out of it by ignoring major issues like the widening digital divide.

Joseph Stiglitz famously quoted, “Rising tide followed by a storm will smash weak boats into smithereens.” ‘Atmanirbharta’ is not an anti-thesis to Globalization but a pre-requisite. For a nation to truly reap the benefits of global market integration, it is vital for it to be Atmanirbhar. However, caution must be taken that ‘Politics of Hyper-nationalism’ doesn’t trump the ‘Economics of Atmanirbharta.’ Climate Change must be viewed as an opportunity to explore newer avenues for faster and sustainable growth rather than being projected as an impediment to growth and a recipe for politics between the developed and developing world. The realization of the goal of Atmanirbharta is never possible without correcting the earlier blunders of ignoring health and education. Human Development needs to be given a special focus to ensure that India’s demographic dividend doesn’t turn into a demographic disaster. The realization of ‘Atmanirbhar Bharat’ must rest on the tripod of – growth, development, and sustainability.

Kartik Kishore is a first-year student at JSGP. You can check his profile on LinkedIn.

1. The Hindu. 2021. India has to come to terms with inequality: Thomas Piketty. [online] Available at: <https://www.thehindu.com/news/national/india-has-to-come-to-terms-with-inequality-thomas-piketty/article31636033.ece> .

4. The Indian Express. 2021. What India@75 needs: Education and skills, rather than freebies. [online] Available at: <https://indianexpress.com/article/opinion/columns/what-india75-needs-education-and-skills-rather-than-freebies-7433668/> .

TALIBAN 2.0 IN AFGHANISTAN: IMPLICATIONS ON INDIA AND ITS ECONOMY